Autism Spectrum Disorder (ASD) is known for often appearing quite early in a child’s development. However, this is not always recognised in early life as the symptoms can vary in severity. For example, one individual may be relatively fluent with their speech and have above average intelligence, whilst another individual with ASD may have difficulties with speech and their ability to learn in school. Therefore, some people enter their adolescent or adult years and suspect that some of their childhood experiences, or even the difficulties they have faced as an adult, may be linked to ASD. On the other hand, they may have received a diagnosis for ASD and some professional support at a young age, but recently feel as though it is bringing rise to other difficulties.

ASD is a lifelong developmental disorder that affects the way individuals relate to people and their environment. Some of the difficulties that you may have noticed throughout your life include:

Struggling to put into words what you want to say

Talking about your hobbies and interests for a long time, until maybe you notice that people walk away or stop responding with interest

Facing prejudice, bullying or exclusion from your peers

Struggling with any change to your daily routine, and feeling distressed when things unexpectedly change

If you have experienced some of these things, it does not mean that you have ASD. There are a number of other factors which could be causing you difficulties in social relationships and day-to-day functioning, including certain negative mood states or personality traits.

Your someone.health psychologist can help you to identify whether you have symptoms of ASD. If you have already been diagnosed in the past, they can also help you to manage any symptoms that you are currently experiencing. Some approaches they may use include:

With a greater understanding of your autism traits, we can support you in managing your behaviour

Assist you in recognising emotions and developing emotional regulation strategies 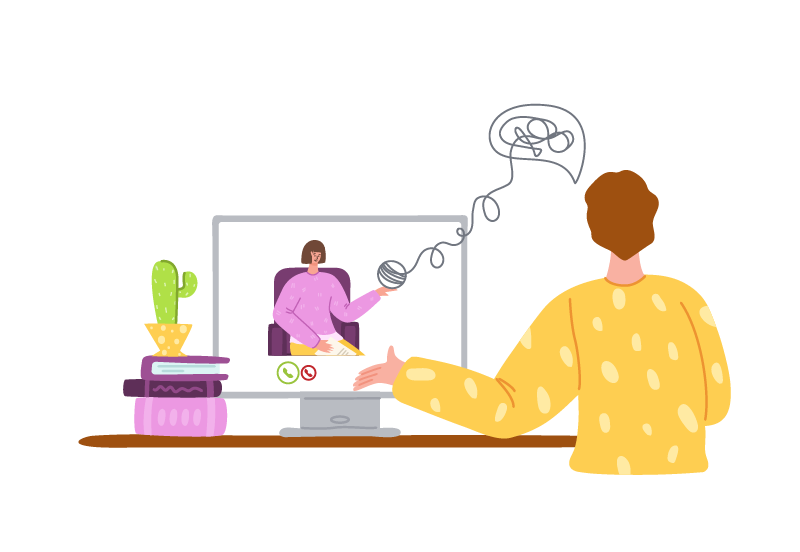 Christine has extensive experience working with a diverse range of clients from a variety of socio-economic backgrounds. Her work has involved working in private practice, in schools and as a therapist for children, adolescents and adults on the Autism Spectrum.

Ren uses individually tailored, evidence-informed approaches in psychotherapy. She draws from a strong foundation of neurobiologically informed, trauma sensitive modalities and uses tools from cognitive behavioural and interpersonal psychotherapy models to assist her clients. She has extensive experience working with neurodiverse individuals including Autistic people.

Jennifer has been working with clients from a diverse range of backgrounds and ages for over 20 years. She prides herself on focusing on therapeutic strategies that meet such needs, that assist in building awareness of thinking, feelings, and the way it can affect behaviour in positive and negative ways. She is always respectful and non judgemental and looks forward to assisting you in the capacity of a therapist.

Tim cringes when thinking about traditional, clinical styles of therapy, so instead he’s committed to treating you as a real person and working together to help you live your best life. Tim has a keen interest in working with people experiencing anxiety, trauma, perfectionism, procrastination, body image concerns, low self-esteem and interpersonal difficulties.

Claire works with a range of clients across the lifespan, including children, adolescents, adults and the elderly. Claire has a keen interest in Acceptance and Commitment Therapy and is listed as an ACT therapist. She is also interested in Neurodliversity with an emphasis on autism and ADHD. Claire uses a trauma informed approach and uses schema and narrative therapy.

Rosa strives to help clients to gain greater insight into their lives to understand and overcome their presenting issues, develop their self-confidence and make meaningful changes in their lives. Rosa provides psychological services in both English and Spanish.

Kate enjoys working with clients on skill-building across all areas of life including social skills, communication skills and assertiveness. This may include values clarification, behavioural activation, working towards improving mood and implementing healthier coping strategies. Kate works with people from diverse walks of life, from children through to senior adults.

With over 22 years experience as a psychologist and executive leader, Ross has developed a highly professional suite of organisational and clinical skills to provide compassionate, caring and committed evidence-based psychological services to individuals and couples that makes a real difference.

Bryce is a friendly and passionate psychologist who has a passion for supporting all people, specifically those who experience disability, Complex Trauma and working with children and young people. Bryce uses humour (when appropriate) and a light hearted approach to assessment and intervention to build a strong therapeutic relationship, which can allow for better therapeutic outcomes.

Toni creates a comfortable, non-judgmental, and supportive space where people can feel safe sharing their experiences and exploring their difficulties. She has a strong interest in working with young people aged 12-25 as well as members of the neuro-diverse and LGBTQIA+ communities.

Simon is a qualified primary school teacher as well as a registered psychologist. Simon has a keen interest in working with people experiencing anxiety, depression, obsessive compulsive disorder, post traumatic stress disorder and behaviour and emotional disorders in children. He has a relaxed, easy going nature and likes to provide people with the skills to manage life’s challenges.

Dr Woods has more than 20 years of clinical experience working with both children and adults who present with a range of psychological and neuropsychological conditions. These include those related to depression, anxiety, older age, personality changes, learning disabilities, ADHD, Autism, Asperger’s Syndrome, and many other neurological conditions.

Harkeet has experience working with a diverse range of clients, including children, adolescents and adults struggling with a range of issues such as depression, anxiety, burnout, trauma and low self-worth. Harkeet has a keen interest in working with people experiencing anxiety, low self-esteem, emotional regulation challenges and interpersonal difficulties.

Chiara is an experienced clinical psychologist wiith experience working with a diverse range of patients, including adults, migrants, Indigenous population and CALD people. Chiara will help you to disarm your ‘inner critic’ – the self-limiting voice that undermines our true capabilities and potential. Chiara works with you collaboratively and transparently, focusing on your strengths and teaching skills to help you to tackle challenges and work toward valued life goals.

Sue is a trained community psychologist, supervisor and a mother of three teens certificated in delivering parenting training. Sue is committed to assisting people in all walks of life to achieve their full potential. Her areas of interest range from mood disorders, including post natal depression, anxiety disorders, trauma, personality disorders and psychotic illnesses.