Learn about Gender and Sexual Identity

Both our gender identity and sexual identity make up a fundamental part of who we are. Some people identify with a different gender from the one they were assigned at birth. Gender Dysmorphia involves a conflict between the gender an individual identifies with, and the one they were physically assigned. For people with Gender Dysmorphia, this conflict can involve being uncomfortable with their body, expectations of social gender roles, or both.

The experiences, and sometimes struggles, of those with who have conflicting feelings about their gender vary hugely. Whilst some individuals recall intense feelings from a young age and express they have always felt trapped in the wrong body, others become confused about their gender identity later in life, sometimes even after getting married and having children. In the latter case, this is often not because the individual has suddenly changed their mind, but because they have previously tried to deny or ignore feelings around their gender identification. As an adult, coming to terms with gender identity confusion can seem impossible. If you have grappled with anxiety and confusion about your gender identity, you may be terrified of the impact this will have on your family, and even your career. Seeking the support and advice of a psychologist is often the first step.

On the other hand, sexual orientation/identity is completely separate, and distinct from, gender identity. Sexual identity refers to a person’s thinking about who they are romantically and sexually attracted to. Sexual orientation ranges along a continuum, from exclusive attraction to the opposite sex, to exclusive attraction to the same sex, and can therefore also be a source of confusion and sometimes, distress. It is not uncommon to feel under pressure to identify with one sexual orientation. However it is becoming openly accepted that sexuality is more fluid, and individuals may be anywhere on the continuum. If you are experiencing distress as the result of confusion surrounding your sexual identity, fear of stigma and/or disapproval of family and friends may be stopping you from facing these feelings. Alternatively, you may feel confident that you understand your sexual identity but need the help of a professional to communicate this to family and colleagues.

Due to the difficulties members of the LGBTQIA+ often face, there are high rates of mental health concerns, including depression, anxiety, and drug and alcohol addiction. However, when able to live out their daily lives with both a physical embodiment and a social expression that most closely matches their internal sense of self, LGBTQIA+ individuals live successful, productive lives, indistinguishable from anyone else.

If you are struggling with either gender or sexual identity concerns, seek help from a psychologist. Some of the ways your someone.health psychologist can help include:

Providing talk therapy to explore feelings of confusion and distress

Discussing and exploring options for your future, such a gender transitioning – e.g. medical options, changing the use of pronouns at work etc. 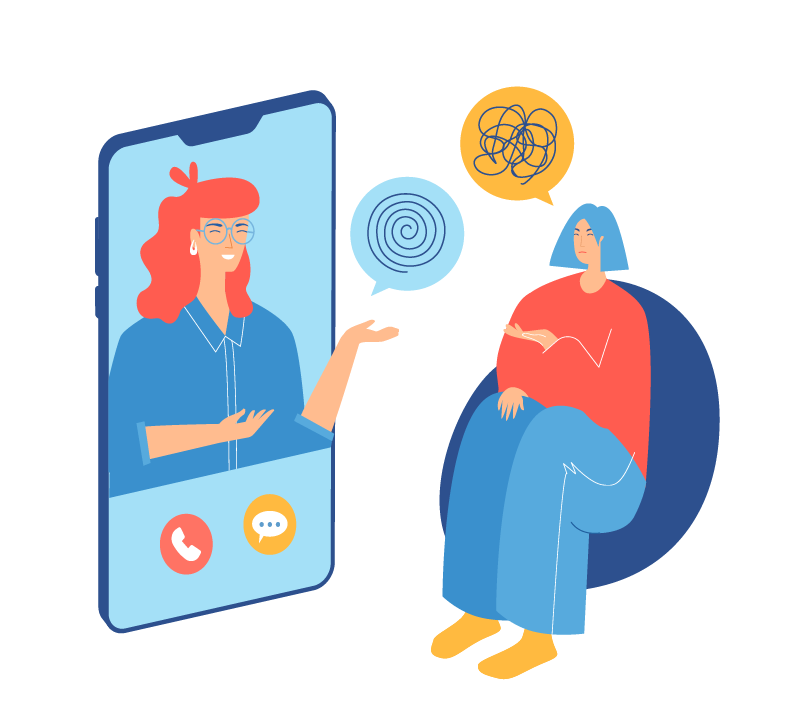 Bernadette has been a registered psychologist for over 30 years with extensive experience as both a clinician and academic. Her practice is based primarily around CBT frameworks though she also has experience across a range of therapeutic methods including Acceptance and Commitment Therapy, Dialectic Behaviour Therapy and Motivational Interviewing.

Caroline is very approachable and believes that positive change is sustainable, working holistically and using practical strategies, developing new skills and psychological interventions to achieve the best outcomes for you. She has been the principal psychologist and proprietor of Pure Gold Christian Counselling and Psychological Services for eight years.

Geoff has over 10 years of experience working as a psychologist and has a keen interest working with people who are experiencing depression, anxiety, procrastination, interpersonal difficulties and low self esteem. Geoff is trained in evidence-based approaches including CBT, Acceptance and Commitment Therapy, Solution Focused Brief Therapy and Motivational Interviewing.

Isabella has an in-depth understanding of people issues in society and has an interest in anxiety disorders, self-worth concerns, interpersonal and relationship issues. She is passionate about mindfulness-based interventions and the psychodynamic approach. Isabella is open-minded and enjoys working with clients from diverse cultural backgrounds and sexual orientations.

James’ approach to mental health is about mind-body integration and looking at the “whole person”. Mental health influences how we feel, think and move, how we communicate and relate to the world, and can seriously impact our physical health. James will hep make sense of how this all fits together, to explore unhelpful thoughts and behaviour, and identify different options.

Jeanette has 27 years of experience as a psychologist. She has worked in private practice, as an Employee Assistance Provider (both internal and external) and as a teacher of counselling in a private counselling college.

Jeanette has gained a lot of expertise working in many areas of psychopathology over the years and continues to enjoy ongoing professional development, offering a service of value.

Kate has worked as a psychologist for over 35 years and is keen to help people 16-years-old and older who wish to improve their psychological life. Kate has a Doctorate in Health Science and her certifications include Solution-Focused Therapy, Narrative Therapy, Dialectical Behaviour Therapy, and Ericksonian Hypnosis. She also studies Buddhism, including meditation and mindfulness.

Linda provides psychological support to adults and young people (16+) presenting with complex issues including anxiety, depression, gender/sexual identity, and general stresses of school and relationships. She is also very experienced in working with parents to facilitate positive relationships with their children in difficult times.

Manya is experienced in helping people change behaviours that form part of a chronic condition whether physical or psychological. These changes include becoming more physically active and fit; pain management; feeling in control of your eating; the moderate consumption of alcohol; and cessation of smoking & problem gambling. She also has extensive experience helping people exit a substance abuse lifestyle.

Martin is best known for his humour and pragmatism. Martin has experience working with a diverse range of clients, including children, adolescents, adults and families. Martin has spent recent years working in a mental health clinic for people living with addictions, trauma and mood disorders.

Melissa has extensive experience in working with teen conflicts including peer conflicts, relationships, exam stress and fitting in. In addition to that she has an interest in PTSD and trauma, poor health, covid-related adjustment and loss, HIV and cancer. Melissa can provide support for LBGTQ conflicts including coming out.

Michelle is experienced working with clients presenting for depression and anxiety in addition to those experiencing issues relating to substance use, emotional regulation and relationship challenges.

Nicola is a warm and accepting psychologist. She helps people to feel a greater sense of confidence and control, as they begin to discover for themselves that they can change their lives for the better. She is experienced and successful in assisting people experiencing depression, anxiety, many forms of trauma, relationship, self esteem, and life transition and adjustment difficulties.

Paulette has trained in a range of evidence based approaches and values assisting with the impact of trauma particularly in the Frontline Services, having volunteered and worked in that sector. Using psychology and supporting day to day, life challenges is one of the keys to assisting people transition through events and she enjoys the satisfaction in helping others.

Shelley is a kind, cultural-sensitive and engaging psychologist with a genuine passion to help individuals from all walks of life to function optimally and live meaningful life. She strives to approach every individual with compassion, integrity, respect and perseverance. Shelley focuses on Trauma counselling and provides ongoing support and treatment for adolescence and adults that are struggling with trauma, addiction, and Post-Traumatic Stress Disorder (PTSD).

Tina has over 22 years experience working as a psychologist supporting with children, adolescents, adults and families. Tina is interested in supporting anxiety, depression, low self esteem, interpersonal difficulties, work related issues and perfectionism. She also has a keen interest in working with adolescents and young adults.

Trisha has experience working with a diverse range of clients including children, community from different cultural backgrounds, Aboriginal and Torres Strait Islander community, and LGBT+ community.

Will is experienced in helping children and young adults in coping with stress in schools and workplaces, as well as building up interpersonal relationships and assertive communication skills. He has also helped people experiencing disordered eating, addiction, anxiety, depression and coping with transition and change. Will has a personal interest in helping people of CALD and LGBTIQ+ backgrounds.