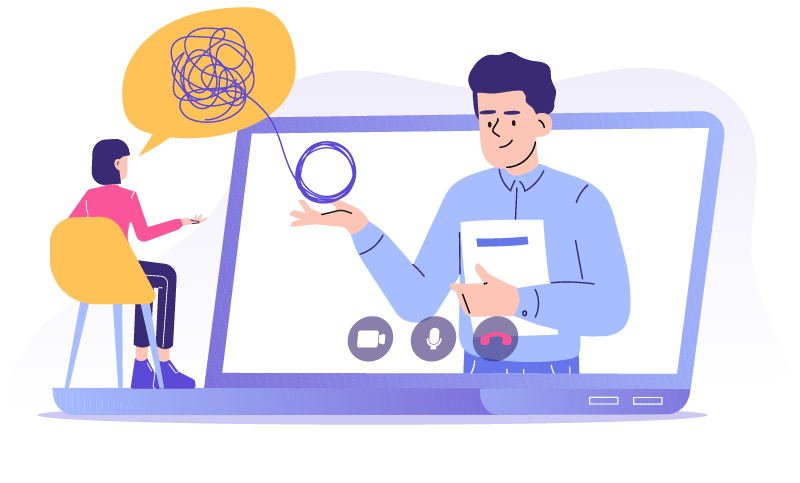 After going through a traumatic experience, it is common to experience a range of overwhelming emotions, including anxiety, anger and hopelessness. This is particularly expected for a period of time immediately after the traumatic event. However, you may feel that you can’t afford to take time away from your responsibilities to recover, or that you need to get back on your feet as soon as possible. It is not uncommon to feel frustrated that you have not been able to recover on your own. No matter when the event occurred, if it is affecting your ability to enjoy life then it is not worth putting off any longer.

Whilst trauma is often thought of as the aftermath of a single, horrific event, trauma can also occur from being exposed to a number of smaller events over a longer period of time. A common example includes ongoing experiences of physical, sexual or verbal abuse throughout a certain period of your life. Both of these forms of trauma can lead to similar difficulties, however the experience will always be unique to each person. Some people may experience flashbacks of the memory, which may appear to be random, or in response to a specific trigger. You may have noticed that you are avoiding certain situations or are unable to do the things that you used to do because of these flashbacks. You may also feel physical sensations such as constant alertness, general aches and pains, or fatigue.

Posttraumatic Stress Disorder (PTSD) is an anxiety disorder that can occur soon after a trauma, or have a delayed onset more than six months after the trauma. It develops as a result of an extreme and often unexpected event or series of events. These may include physical or sexual assault, accidents, natural or man-made disasters, and war and/or military combat.

There are three main types of PTSD:

Re-living the trauma through distressing memories, nightmares or “flashbacks”, or experiencing psychological distress when exposed to certain cues

Feeling numb or emotionally cut off from others, and avoiding reminders of the traumatic event

Persistent signs of heightened anxiety and physical tension, increased aggression and irritability, and lack of interest in social activities

Alternatively, you may be experiencing more subtle effects of trauma, which has caused you to put off seeking help until now. This could include having a thought or memory randomly entering your mind and making it difficult to concentrate. Some people also experience a general feeling of dissatisfaction with themselves – such as wanting to be more confident, happy or trusting as a person.

No matter what the effects are, if there is a chance that your past is still having impacting on your current wellbeing then it is worth seeking help to finally move on. There are a number of someone.health psychologists who are specialised in working with trauma and PTSD. They can:

Provide evidence-based support on ways to cope with the effects of trauma as they arise, including any problematic emotions, thoughts or behaviours that have resulted

Provide therapy to assist with associated psychological and behavioural problems – including alcohol or other substance abuse, violence, depression, and medical conditions

Help you to support someone else who may have been affected by a traumatic event (e.g. children or other family members) 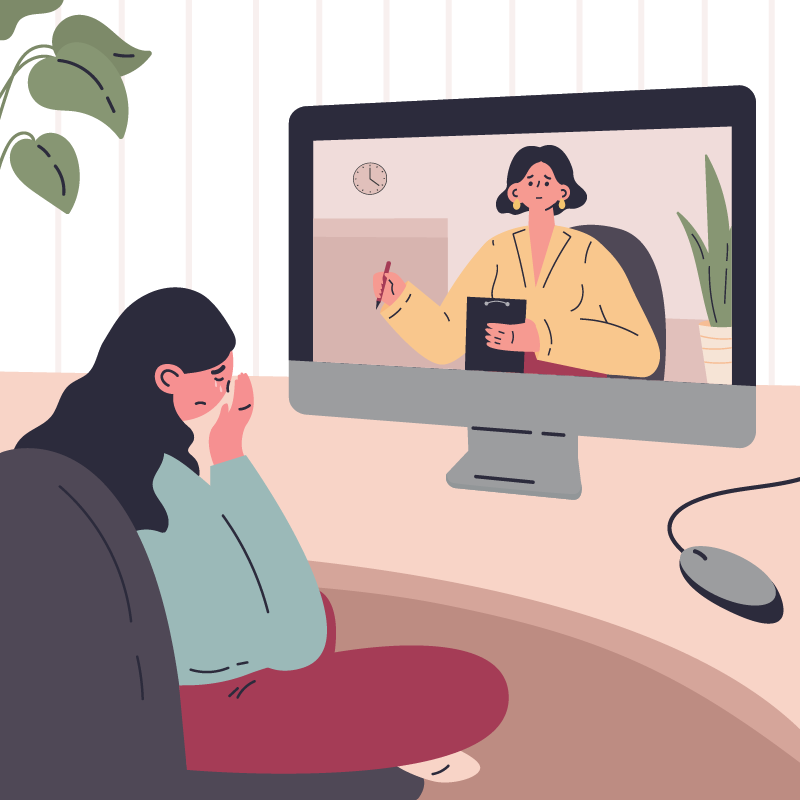 Annette believes that therapy is important for those looking to improve their overall mental wellbeing and to live a healthier, fuller life. Annette has a keen interest in working with people experiencing anxiety and trauma symptoms, perfectionism, confidence and self-esteem issues, difficulties with change/adjustment and workplace stress.

Anshula has a background in paediatric psychology and the disability sector as well as demonstrated success in implementing behavioural interventions for children with neurodiversity and additional developmental needs. She also has experience supporting adults of varying mental health disorders including mood disorders, anxiety disorders and other significant psychological problems.

Bernadette has been a registered psychologist for over 30 years with extensive experience as both a clinician and academic. Her practice is based primarily around CBT frameworks though she also has experience across a range of therapeutic methods including Acceptance and Commitment Therapy, Dialectic Behaviour Therapy and Motivational Interviewing.

Bozena has an in-depth understanding of women’s issues in society and has an interest in anxiety disorders, self-worth concerns, interpersonal and relationship issues, as well as challenges related to parenting Autistic young persons. She is passionate about mindfulness-based interventions and the psychodynamic approach.

Caroline is very approachable and believes that positive change is sustainable, working holistically and using practical strategies, developing new skills and psychological interventions to achieve the best outcomes for you. She has been the principal psychologist and proprietor of Pure Gold Christian Counselling and Psychological Services for eight years.

Dee has a practical and logical approach that is delivered with utmost compassion and understanding. Dee has experience working with both children and adults, and has worked with clients across the full spectrum of the lifespan. She has extensive experience working with people living with a disability, including assessment and diagnosis.

Geoff has over 10 years of experience working as a psychologist and has a keen interest working with people who are experiencing depression, anxiety, procrastination, interpersonal difficulties and low self esteem. Geoff is trained in evidence-based approaches including CBT, Acceptance and Commitment Therapy, Solution Focused Brief Therapy and Motivational Interviewing.

Jenn’s approach to therapy is trauma-informed, relational, empathic and collaborative. Jenn has experience in working with complex presentations across adulthood, and particularly in helping support individuals who have experienced complex trauma, including family of origin and attachment difficulties.

In your journey becoming what you want to be, you can count on Johann as a counsellor, coach and mentor. Johann completed his PhD in psychology at work by researching the influence of context on performance. He is trained in several evidence-based approaches, including CBT, Mindfulness and Rational Emotive Behaviour Therapy (REBT).

Julian’s professional style is a person-to-person clinical practice focusing on individual needs. He works in a natural and holistic style. Your personal preferences are key to the therapy that you receive. Julian delivers therapy that considers your being in the world so that you can gain positive personal relationships and satisfying personal interactions.

Kate has worked as a psychologist for over 35 years and is keen to help people 16-years-old and older who wish to improve their psychological life. Kate has a Doctorate in Health Science and her certifications include Solution-Focused Therapy, Narrative Therapy, Dialectical Behaviour Therapy, and Ericksonian Hypnosis. She also studies Buddhism, including meditation and mindfulness.

Linda provides psychological support to adults and young people (16+) presenting with complex issues including anxiety, depression, gender/sexual identity, and general stresses of school and relationships. She is also very experienced in working with parents to facilitate positive relationships with their children in difficult times.

Manya is experienced in helping people change behaviours that form part of a chronic condition whether physical or psychological. These changes include becoming more physically active and fit; pain management; feeling in control of your eating; the moderate consumption of alcohol; and cessation of smoking & problem gambling. She also has extensive experience helping people exit a substance abuse lifestyle.

Melissa has extensive experience in working with teen conflicts including peer conflicts, relationships, exam stress and fitting in. In addition to that she has an interest in PTSD and trauma, poor health, covid-related adjustment and loss, HIV and cancer. Melissa can provide support for LBGTQ conflicts including coming out.

Michelle is experienced working with clients presenting for depression and anxiety in addition to those experiencing issues relating to substance use, emotional regulation and relationship challenges.

Nicola is a warm and accepting psychologist. She helps people to feel a greater sense of confidence and control, as they begin to discover for themselves that they can change their lives for the better. She is experienced and successful in assisting people experiencing depression, anxiety, many forms of trauma, relationship, self esteem, and life transition and adjustment difficulties.

Paulette has trained in a range of evidence based approaches and values assisting with the impact of trauma particularly in the Frontline Services, having volunteered and worked in that sector. Using psychology and supporting day to day, life challenges is one of the keys to assisting people transition through events and she enjoys the satisfaction in helping others.

For over a decade Racquel has worked with adults who have experienced difficulties with emotional regulation, substance use, trauma, stress, depression, anxiety, and antisocial conduct. She has a deep understanding of women specific issues (e.g., domestic violence and parenting concerns) as she has worked predominantly with women.

Shelley is a kind, cultural-sensitive and engaging psychologist with a genuine passion to help individuals from all walks of life to function optimally and live meaningful life. She strives to approach every individual with compassion, integrity, respect and perseverance. Shelley focuses on Trauma counselling and provides ongoing support and treatment for adolescence and adults that are struggling with trauma, addiction, and Post-Traumatic Stress Disorder (PTSD).

Dr. Shyva has eight years of experience working with a wide range of clients including elder children, adolescents, and adults who are experiencing emotional, social, behavioral and mental health difficulties. Shyva’s special interests are depression, stress and anxiety, grief, trauma and relationship issues. She is open to see women aged 12+.

Shyan is passionate about improving psychological wellbeing and standard of living for individuals across cultures by encouraging individuals to continuously develop and improve their positive coping and problem-solving skills. Shyan also strongly believes in using an eclectic approach so as to create a comfortable environment and cater to individualized needs.

Steven is experienced in working with children, adolescents and adults presenting with anxiety, stress, depression, adjustment issues, post-traumatic stress, anger management, workplace stress, grief/loss and relationship/marital difficulties. He has been practicing as a consultant psychologist for the past 14 years and provides therapy in both English and Turkish.

Tamara has been practicing for almost 30 years and he approach is to appreciate your past and how you got here but then to consider with you what you would like your future to look like. She likes a collaborative approach with you being an agent in what you create. She will empower you with knowledge and skills that serve you well as you navigate life.

Tina has over 22 years experience working as a psychologist supporting with children, adolescents, adults and families. Tina is interested in supporting anxiety, depression, low self esteem, interpersonal difficulties, work related issues and perfectionism. She also has a keen interest in working with adolescents and young adults.

Tony supports people with a variety of presentations including depression, anxiety, stress, adjustment difficulties, grief and loss, addictions and work-related conditions such as burnout and career transition. Tony can also provide support in a high performance context (for example athletes & executives, start-up founders). Having lived in multiple continents and being from a multi-cultural background, Tony is able to support those who have a migrant background or is of east/south-east Asian descent.

Trisha has experience working with a diverse range of clients including children, community from different cultural backgrounds, Aboriginal and Torres Strait Islander community, and LGBT+ community.

Wame has been practising for over 10 years and brings a level of maturity and professionalism to her role as a psychologist. Wame’s key areas of interest include depression, anxiety, trauma, relationships, grief & bereavement, workplace issues, life difficulties & transitions, eating disorders, and anger & conflict.

The goal of Xiaoping’s counselling is to assist you to be powered with a series of healthy concepts about your life as well as equipped with a bunch of abilities for all of life’s challenges. With Xiaoping’s counselling, his clients are led to have more awareness about themselves, more confidence to face their challenges and more skills to find solutions.